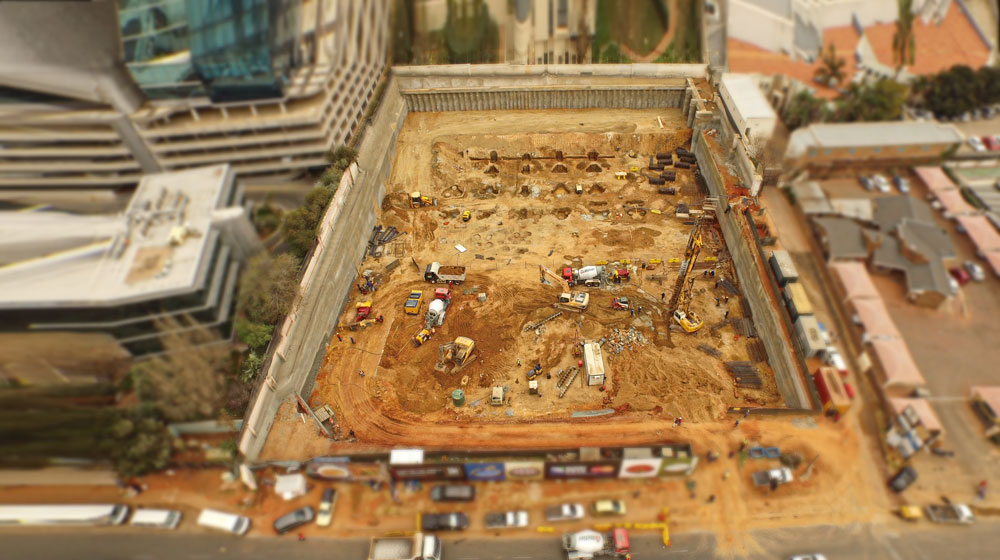 Mega Pile Inland is currently in the final stages of a challenging, R30 million lateral support and piling project at No. 161 Rivonia Road in Sandton.

The lateral support and piling design was undertaken by Southern Geotechnical Engineering. The Site is bordered by the Sinosteel Plaza (south) and The Emperor development (west), each with its own basement structures. The design of the lateral support system was especially challenging due to the size of the planned super basement and its relative closeness to the surrounding Sinosteel and The Emperor basement structures. To complicate matters further, land owners to the north and south of the new development initially withheld permissions for any lateral support elements to cross their boundary lines.

The plan dimensions of the basement is around 78m by 61m, reaching a maximum excavation depth of around 12m to accommodate up to 3 basement levels.  In some areas the basement structure comprises a double volume, requiring the lateral support system to span 7m vertically.

An innovative approach to the lateral support was required to address some of the problems already discussed.  As such a variety of lateral support measures were utilised namely:

The initial plan along the southern boundary, next to the existing Sinosteel basement (around 6m deep), was to utilise perimeter piles with two rows of strand anchors.  Due to the presence of the adjacent basement, the upper row of anchors could only be installed at a depth of approximately 6.0m below ground level (for the anchors to be installed underneath the basement and in-between the piles supporting the basement).

It was immediately clear that the perimeter piles would be required to cantilever over a depth of around 6m (although for as very short period).  This suggested that a substantial rock socket length would be required and that the piles will be subjected to very large moments.  On the first day of installation of the perimeter piles, the required rock socket length could not be achieved due to the rapid hardening of the granite bedrock.

The only option that remained was to install a dense distribution of short soil nails (up to the edge of the next-door basement structure), and to consider both the soil nails and shotcrete as temporary (to be replaced by a permanent, conventional retaining wall). The situation was modelled using finite element methods which predicted movements around 40mm. Movements measured next door indicated that the existing lateral support moved around 50mm away from the existing basement structure (i.e. into the 161 Rivonia Road basement excavation). These movements have since stabilised. 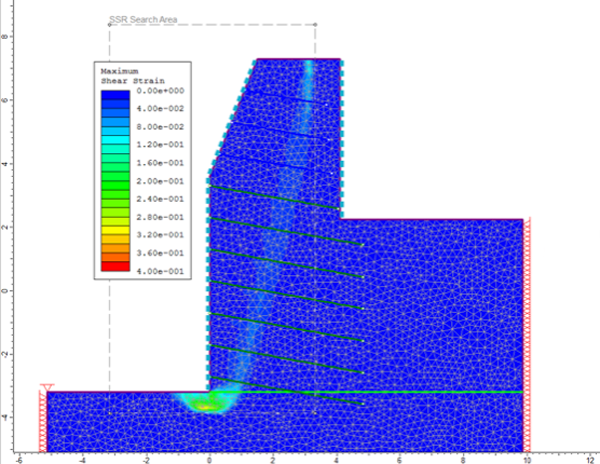 Mega Pile Inland’s expertise in the construction of CFA piles were utilised to construct piles to carry column loads up to 24 500kN.  Pile diameters varies from 450mm to 1100mm with average pile lengths around 10m.  Piling was successfully completed within the western and central portions of the site comprising weathered diabase and weathered granite respectively.

However, the eastern portion of the site proved particularly challenging as the soil profile is riddled with rounded boulders and core stone of hard rock diabase.  The initial plan was to remove the boulders (from below platform level which is situated approximately 12m below street level), backfill the over-excavation and then to pile through the backfill.  This method effectively meant that the boulders within the soil matrix could be removed to a depth of around 17m to 18m below street level.  However, soon after excavations commenced it was realised that even at this depth not all of the boulders/core stones could be removed.  In fact, at this depth the excavator still encountered car-sized boulders !

A decision was made to revert to Odex type piling methods to penetrate through the boulder layer for founding at bedrock level located below.  Mega Pile Inland is currently using rotary core borehole drilling to determine the thickness of the boulder layer and to establish the depth to a suitable founding horizon within bedrock. 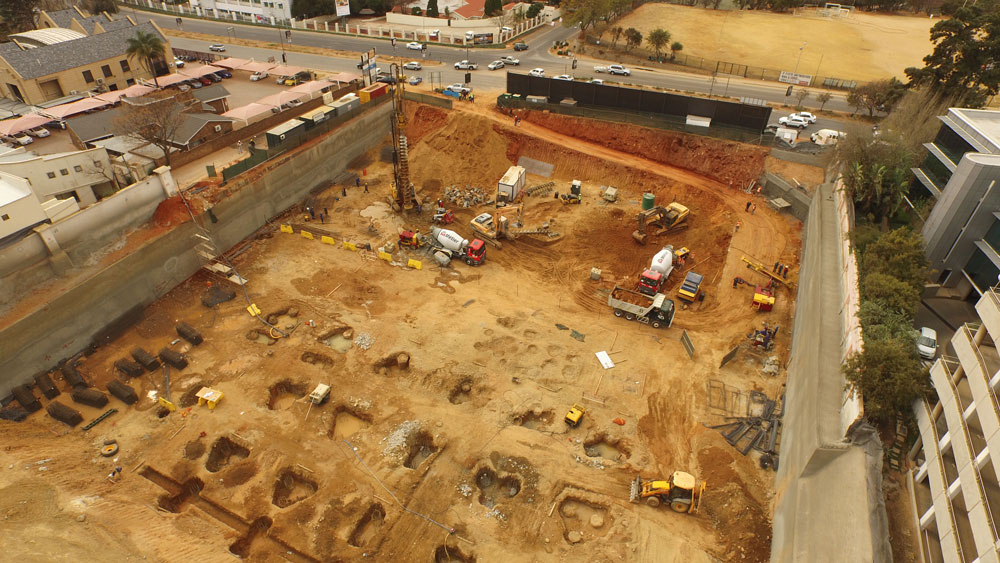 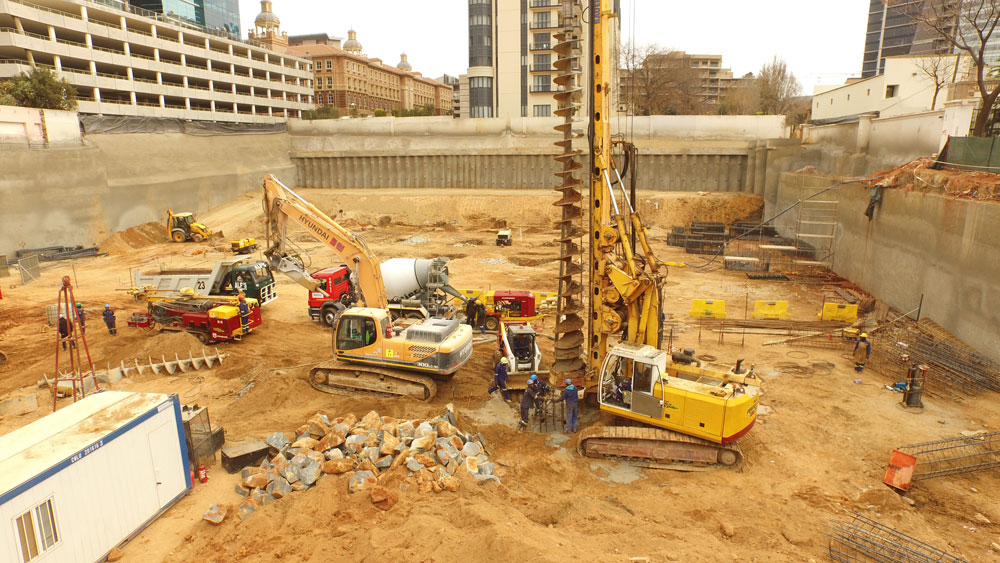 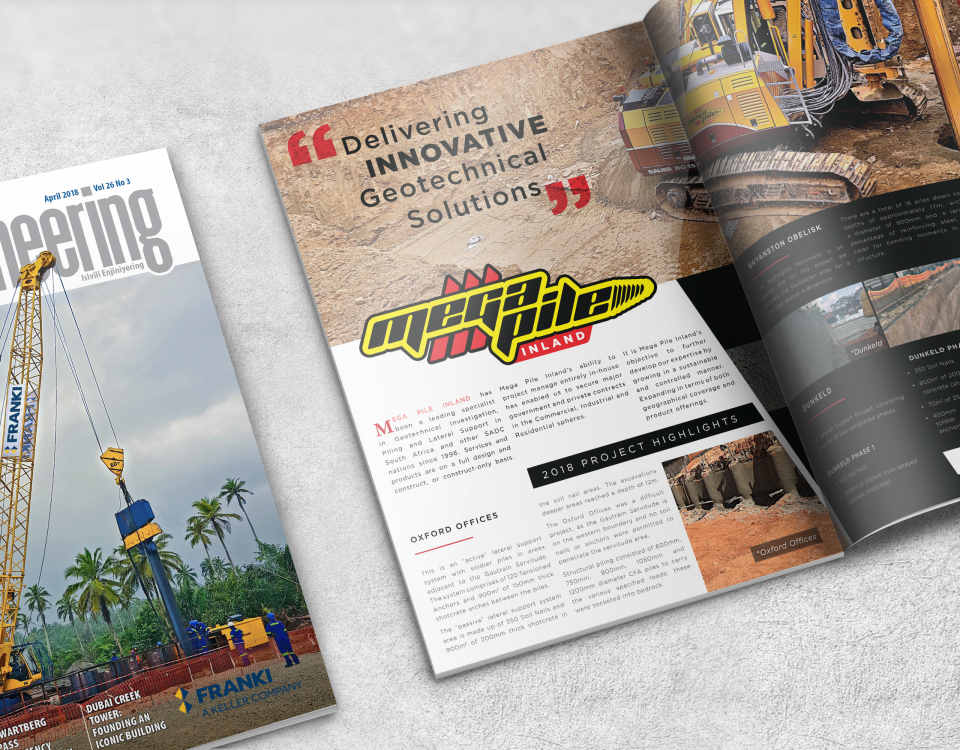 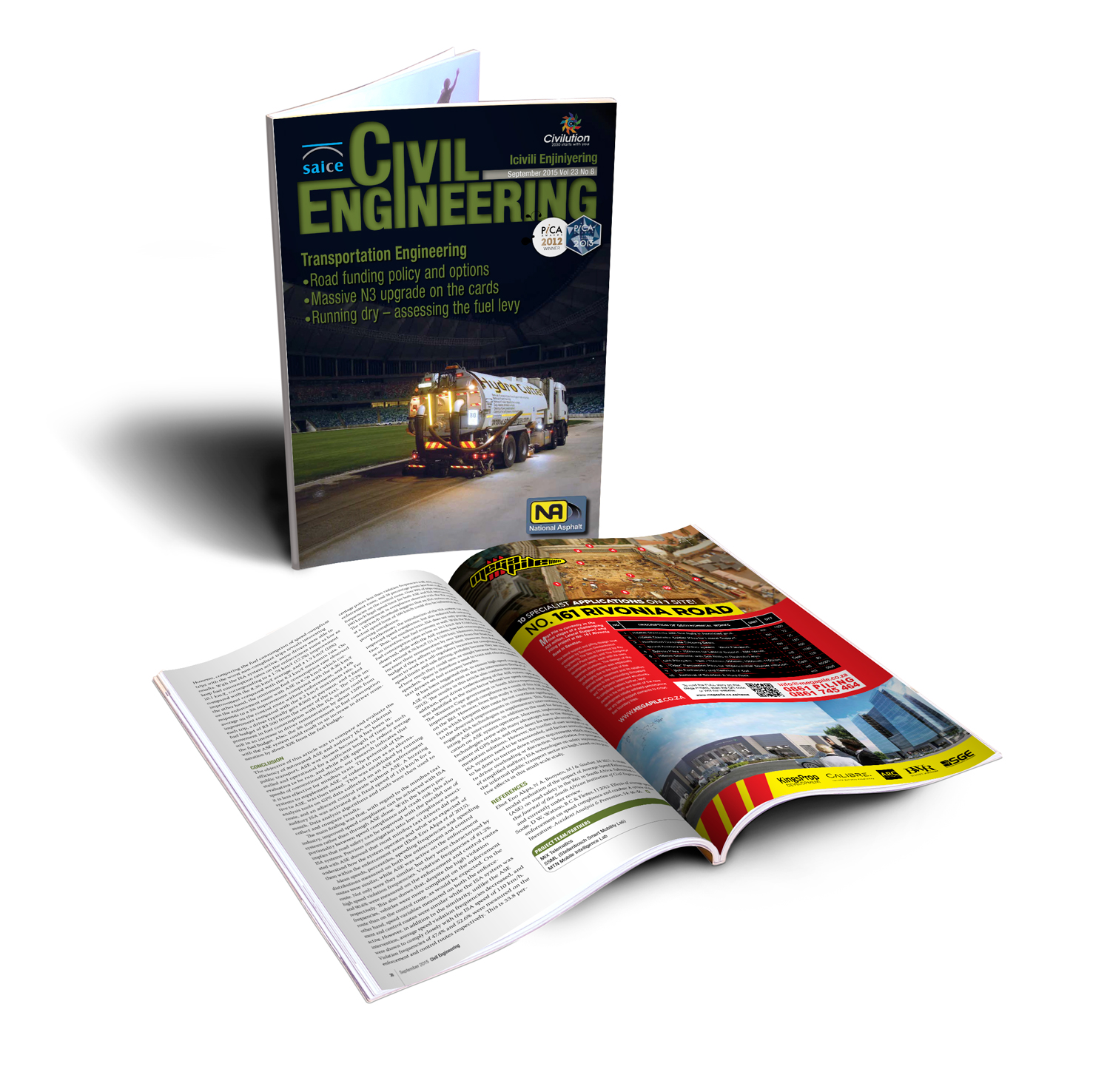